Resolution N°1 of 2021: stop falling for boys who aren’t for you. This is easier said than done, especially when the rules are so complex today. We’ve all experienced both good times and bad times with men. Toxic relationships, problematic love stories … in short, to stop falling in love with them, it is better to know the enemy and learn to avoid it. What are the types of men to forget?

If in your life you meet one of these types of men, you know you’re going to have to run away if you don’t want it to end badly. Resolving to avoid men who aren’t for you is the first step, the second is to follow through. The perfect man doesn’t exist, of course, but some are just too harmful for the positive to outweigh the negative.

Type of man to avoid N°1: the ghost

Yes, the ghost. That is, the one who disappears without explanation, from one moment to the next, and reappears after weeks or months for no obvious reason. In times of confinement, this type is becoming more and more common. How to recognize it? If he disappears without a trace after months of intense physical or long-distance relationship, know that he has set up the practice that suits him best: ghosting. No, there is no reason for this attitude and there is no remedy for these men except to leave him in his fog. Beware, because the reappearance of the ghosting honor when you least expect it is 90% certified!

Type of man to avoid N°2: the Peter Pan

Like the Disney character, he is light, graceful, funny and always optimistic. Too bad that his profile, as naive as a child, hides an underlying problem: the rules of community life are not for him. Neither are serious stories. So, if you want a solid relationship, all you have to do is leave her in Neverland. Beware: he does nothing to hide it, we often think that we can change his mind, thinking that thanks to us he will grow up. Nothing could be further from the truth. If the click does not come from him, it will not come from you either.

Type of man to avoid N°3: the Casanova

Just like the famous libertine, he knows how to seduce. Maybe it worked on you at first and one thing is sure: he likes it, and he knows it. His mission? To conquer as many women as possible. And you’re just another one of his prey. You have two options: adore him and feel bad whenever he gets close to another or run away. Don’t waste time with someone who doesn’t have any for you!

Type of man to avoid N°4: the Pinocchio

Some pathological liars are capable of turning us inside out like socks. A category of men to avoid absolutely: the Pinocchio! The first deceptions are often on insignificant details and you will think that it is nothing serious. But it is a bit the tree that hides the forest. As soon as he feels comfortable cheating on you about more serious things, he won’t hesitate. A healthy and safe relationship with such an individual is absolutely not possible: it is better to flee from the first signs. Who is born round, cannot die square… he will always lie.

Immature, spoiled and always attached to mom… You will always be inferior to your mother-in-law, you will never cook a lasagna better than hers, you will never iron a shirt like her… well the list is long. If he still lives with his mother and lets her do everything, it is clear that he will never be able to assume a minimum of responsibility and is driven to emotional dependence. Worse, his mother will pass the baton to you and you will be forced to behave like her because he is unable to live otherwise. Do you want a child or a husband?

Type of man to avoid N°6 : the savage

He is a savage. Society is a mystery to him, he feels incomplete, he is constantly running, he travels all the time. In short, he is a chronic dissatisfied, and hides it with his desire to do many things at once. Interesting things, of course, but which he never finishes or leaves immediately. It looks like a fairy tale, a novel, but as beautiful, original, incredible, a story with a man like that can only end in tragedy. Because he still doesn’t know very well who he is, what he wants, and as long as he doesn’t find out, there will be no place for him except for himself and his crazy adventures that sometimes get him into trouble.

Type of man to avoid N°7 : the workaholic

He only thinks about work. His own, of course. The phone always in his hand, the colleague always on his heels. If he’s also the boss, that’s the end of it. Maybe he could win you his position or his bank account, but know that you’ll never matter more than him and that work will probably always be his only real partner. That’s fine if you’re the same way or you like your independence and only want to see him for a few hours a week. Otherwise, you’re setting yourself up for failure. 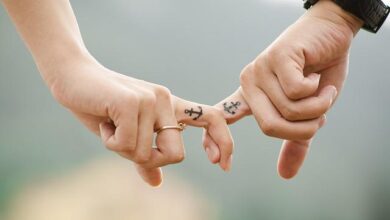 The Biggest Secrets Of Couples That Last Forever 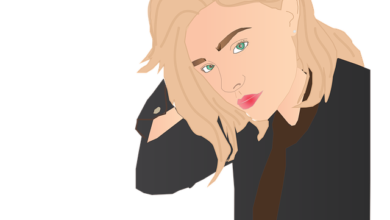 Mistakes That Are Causing Split Ends 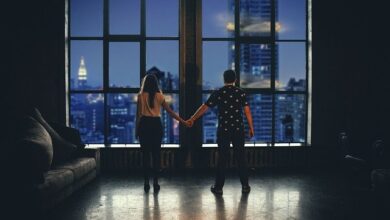 How to attract a girl without effort? 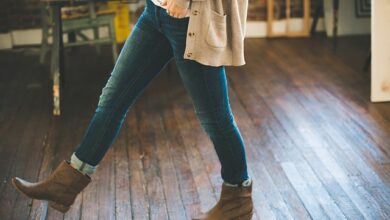 All the information on this website “Techafters.com” is published in good faith and for general information purpose only
Close
Close